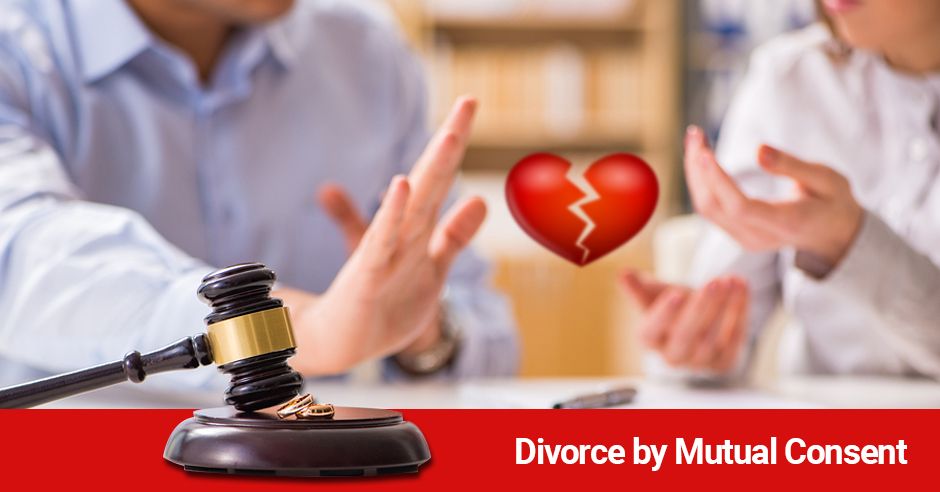 Marriage is meeting of two souls but a divorce becomes inevitable when these two souls give up on each other due to any reason/reasons. As per Indian Legal System, the process of divorce starts with filing a divorce petition. One of the parties associated with divorce process files a divorce petition and notice of the same is served to the other party.

In case of irreconcilable differences, if both the partners decide to end the marriage by parting ways legally, then they can file for a ‘Mutual Divorce’ as per Hindu Marriage Act, 1955. Sometimes, only one party wants to go for divorce but the other party is not ready or willing to get a divorce. In such cases, one party can file for divorce and this is known as” ‘contested divorce’. In this article, we shall be discussing about the procedure of ‘Mutual divorce’.

Benefits of Divorce with Mutual Consent in India

As the name suggests, both the spouses readily agree to dissolve their marriage with mutual consent and follow the procedure of Indian divorce.

Once both the parties are done with filing, they will be given a period of six to eighteen months that is also called cooling off phase. If in this duration, the spouses are unable to resolve their differences, then they can file for divorce via filing the second motion.

Procedure of Filing for a Mutual Divorce:

All the provisions of ‘Mutual divorce’ are covered under Section 13B of the Hindu Marriage Act, 1955. Let’s have a quick glance at the steps to know about the procedure of filing a ‘Mutual divorce’ petition.

1. Drafting and Filing of Divorce Petition

The first step in the divorce process in India is drafting and then filing the divorce petition before the appropriate family court as per jurisdiction. Proper court fees need to be paid at the time of filing.

Territorial Jurisdictions of Court for filing a divorce petition:

The parties have to file the divorce petition before appropriate court to start the procedure of divorce in India. It’s better to take help of a competent and experienced Divorce lawyer who can help you with drafting and filing of divorce petition. It’s important to mention the grounds of divorce in the petition. Keep in mind that these grounds must be substantiated with evidence at the time of trial.

In case of Mutual divorce, both the spouses have to present a joint petition for dissolution of marriage for a decree of divorce in the appropriate family court on the ground that they have been living separately for a period of one year or more, or saying that they have mutually agreed for divorce as they are unable to live together. Both the spouses need to sign this joint petition for divorce.

2. Appearance before Court and Scrutiny of the petition

Once the petition is drafted and filed, both the parties need to make an appearance before the court with their lawyers/counsels. Scrutiny of this petition along with filed documents will be done by the court. Once the process of scrutiny is done and the court is satisfied that no reconciliation is possible between the parties, the court will proceed with divorce.

3. Recording of statements on oath by Court’s order:

Once the court is satisfied with the scrutiny of the petition, it may pass orders for recording of statements on oath.

4. Order on First Motion and passing of 6 months period before Second Motion:

Court passes an order on the first motion after recording of statements. After this, a period of six to eighteen months is given to both the parties before they can file the second motion.

If both the parties have decided to proceed further and appear for second motion, it can be done by them and they can also proceed with the final hearings. Both the parties record their statements before the court. In case the second motion is not made within the duration of 18 months, the court will pass no decree for divorce. Any party can withdraw their consent till the time the decree is not passed.