Bail In India: Meaning, Types And Conditions To Apply For The Grant

Bail In India: Meaning, Types And Conditions To Apply For The Grant 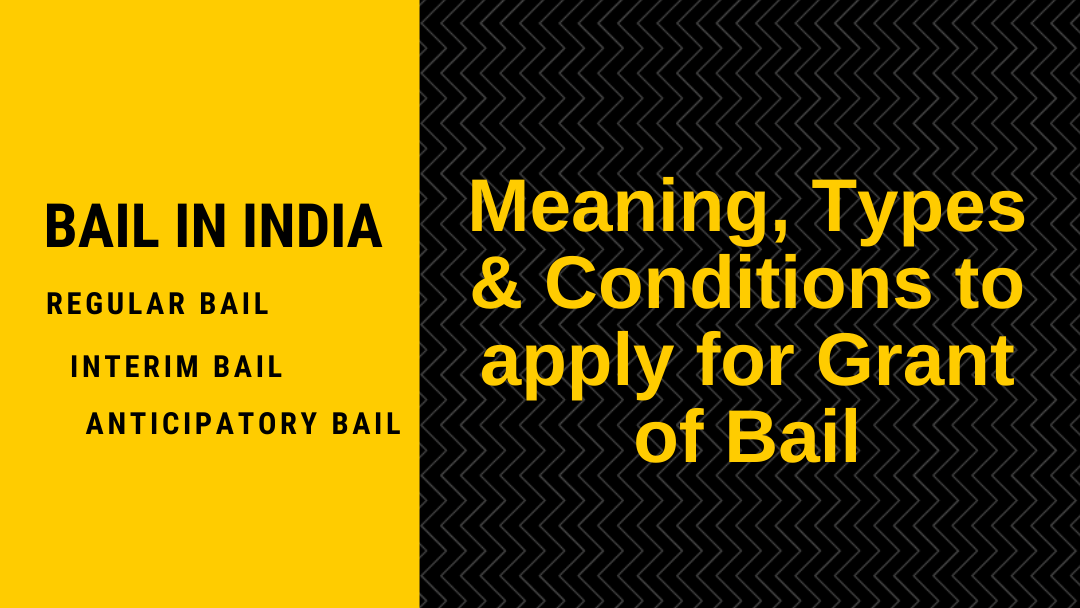 The Constitution of India states that bail is the right of a person i.e. Bail and not Jail. This clearly states that the person, who is accused and charged for any civil or criminal offenses, has the right to apply for the bail. However, there is an exception to this rule, like the criminal is repetitive offender in such matters. Also, if it is considered that he or she can fly away easily after the grant of the bail. It is also considered if he or she can tamper the proofs or intimidate the witness in the case.

Since we are talking about the process of Bail let us also understand the literal meaning of the same. It denotes provisional release on presentment of the bail bond in the court which is not to be considered as permanent release from the case. It is derived from the old French word “bailer” which means “to give” or “to deliver”. The process of bail is done where the final announcement or judgment is yet to be taken by the court in any case.

What is the Right time to apply for a bail?

Applying for bail depends on various factors like Sections, Charges, Acts, Number of accuse, and Types of offences. Once the First Information Report (FIR) is filed by the police it is important to understand the next course of action. If you come to know about the FIR you can apply for:

The criminal background of the accused will also be checked to understand the antecedent of the person. If the charge is meager one you can think of getting the bail easily else it may take time as well.  Some of the offenses are bailable or non-bailable too. So your Lawyer for bail application can handle this part strategically after understanding your case in detail.

What are the types of Bail in India?

Bail is applied and provided on the basis of security and the surety that the accused will be always available for the court in the future for the investigation. As mentioned above, bail is the right and you should apply for it. Let us understand different types of bail in India:

A REGULAR BAIL can be filed once a person is arrested and kept in police custody. Bail Application for Regular Bail u/s 437 and 439 of the CrPC

INTERIM BAIL is the protection granted for short time to an accused before hearing grant of other forms of bails.

ANTICIPATORY BAIL is like an advance bail and can be applied once a person fears for his arrest. An application can be done u/s 438 of the CrPC to prevent arrest.

What are the Conditions for Grant of Bail in India?

A) GRANT OF BAIL IN BAILABLE OFFENCES: Section 436 of Code of Criminal Procedure, 1973, lays down that Person accused of bailable offense under IPC can be granted bail.

Conditions for Grant of Bail in bailable offenses:

B) GRANT OF BAIL IN NON – BAILABLE OFFENCES: Section 437 of Code of Criminal Procedure, 1973, lays down that accused does not have right to Bail in non-bailable offenses but it’s at discretion of the Court.

Conditions for Grant of Bail in non-bailable offenses:

Court can Cancel the Bail during any stage of the case u/s 437 (5) and 439(2) of the CrPC. Court can also give direction to the Investigation (Police) Officer to arrest the person and keep them in custody.

Steps For Grant Of Bail In India